Almost every visitor to the Brazilian Amazon must pass through Manaus, the city at the heart of the jungle but pretty much in the middle of nowhere; the primary means of getting in and out are by boat or plane. As a travel destination, it doesn’t have a great wrap – it’s hot, humid, hectic and has a reputation for being a little unsafe.

But, while it probably no longer lives up to its old moniker of the “Paris of the Tropics”, we were pleasantly surprised by the place, and found it offered a bit more than just the opportunity to do our post-jungle laundry. 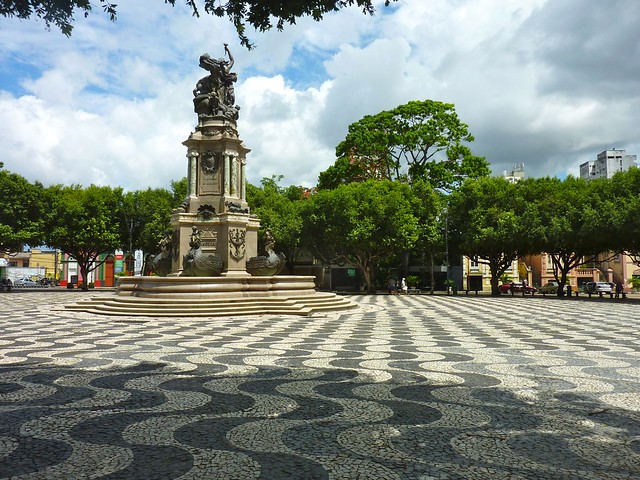 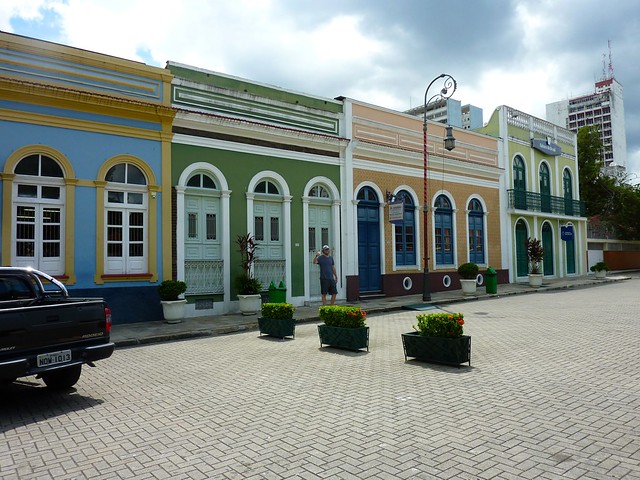 The Paris nickname was earned back in the rubber boom days of the 1800s during which, on the back of the native tree, it became the richest city in South America. Many wealthy European families settled in the area and lived pretty decadent lives by all accounts, constructing some amazing houses and public buildings. The main market was modelled on Les Halles in Paris, and the opera house on L’Opera. Today, Teatro Amazonas is still a remarkable building and a definite must-see. 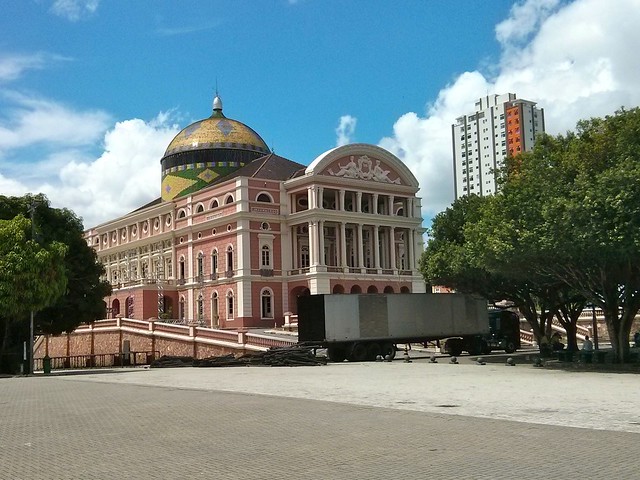 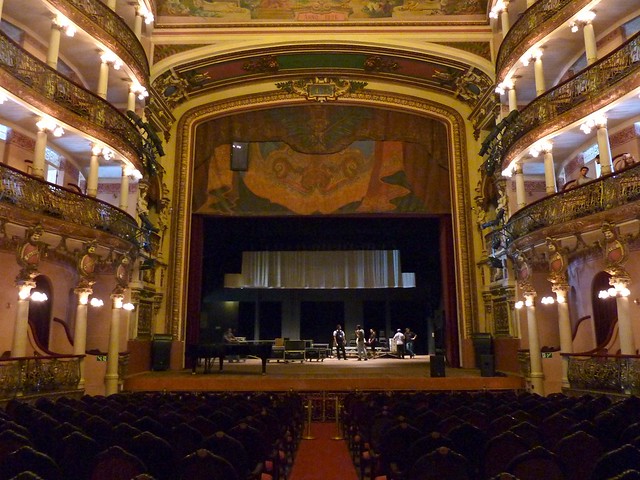 The concert hall roof is designed to make the opera-goer believe they are seated under the Eiffel Tower. Maqnifique! 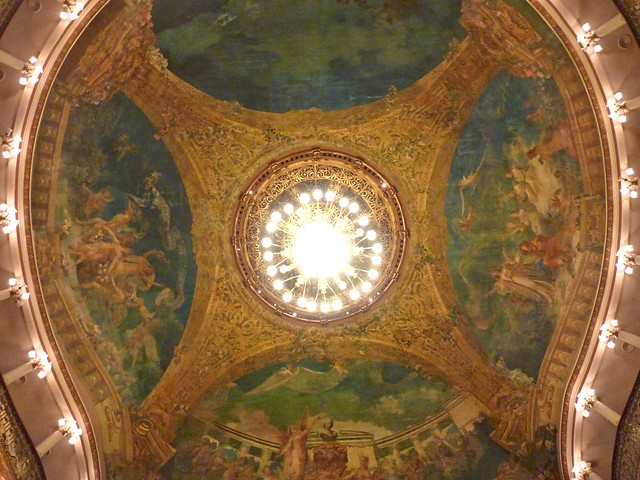 When rubber tree seeds were smuggled out of the Amazon, Manaus lost its monopoly and much of its wealth. Having obtained electricity before many cities in Europe it could no longer afford to run the generators; all operas stopped at the theatre for 90 years. These days the main source of income seems to be Amazon tourists and its duty-free port.

The port and its bustling markets are certainly a sight to behold, selling everything you could possibly imagine in huge quantities. The fish market was a feast for the senses… 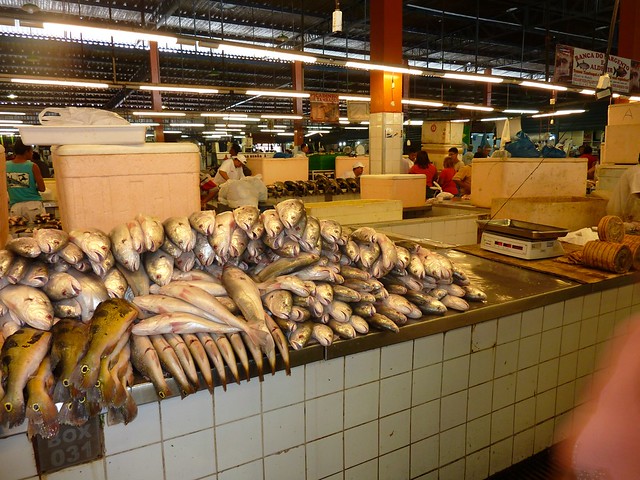 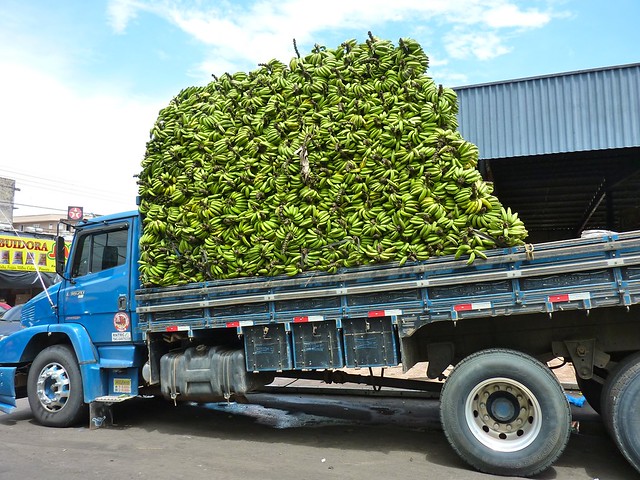 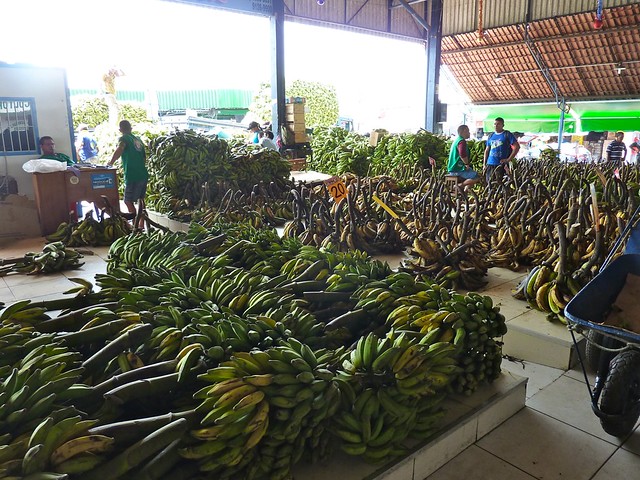 On top of bananas, our diet in Manaus consisted almost exclusively of sandwiches, including a pretty decent pernil – roast pork, a local specialty – washed down with icy cold longnecks at cool locals nightspot Bar Armada. 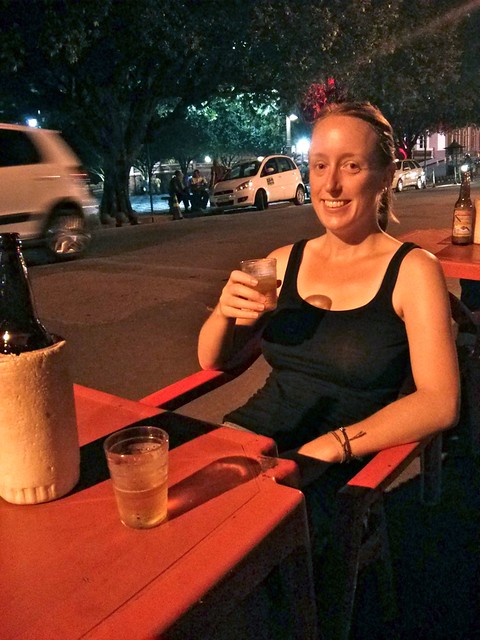 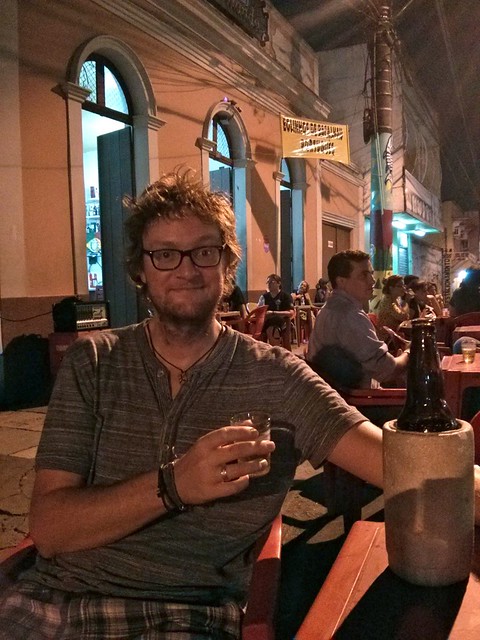 For the most part though, we sampled the city’s numerous juice bars which were always rammed and served up fresh, cheap and delicious drinks and sangas. There were more fruits on offer than we could ever recognise in English, let alone Portuguese. 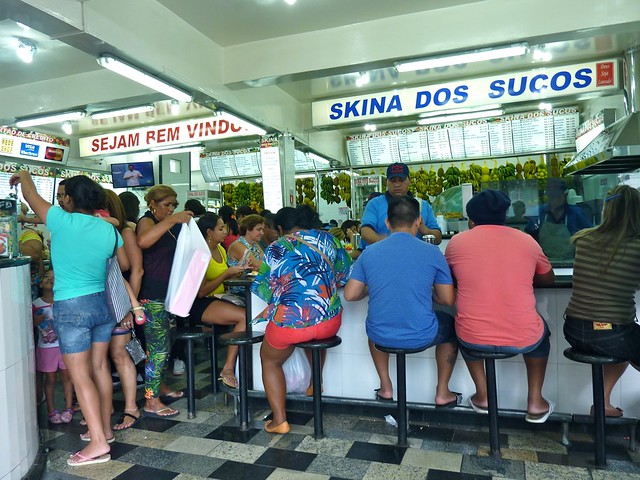 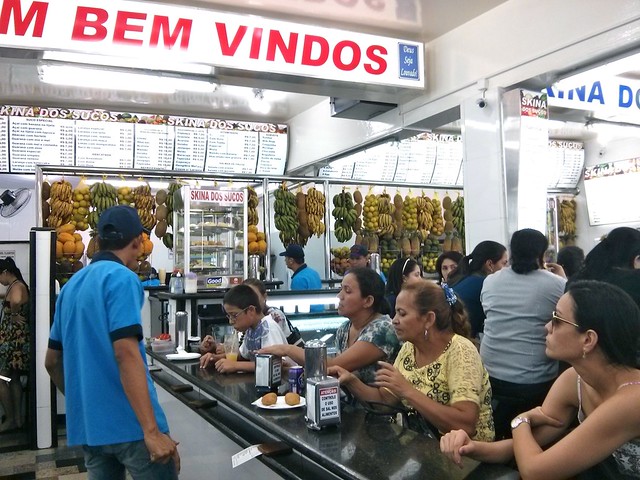 Over a couple of days and more than a couple of sandwiches we learnt a few valuable lessons the, well, meaty way; lessons that would no doubt come in handy over the next six weeks in Brazil. (1) Frango todo (essentially “chicken with the lot”) will comprise chicken, cheese, egg, bacon, lettuce, tomato (so far, so reasonable), ham, kranski and a hot dog. Woah. (2) Ordering a cheese and salad sandwich may result in receiving a cheese and salad and ham and egg and burger patty sandwich. Surprise!

Mike is pretty sure these are the sandwiches they serve in heaven… I think he and Brazil are going to get along just fine.

A few more pics from Manaus are here.

There was an error retrieving images from Instagram. An attempt will be remade in a few minutes. 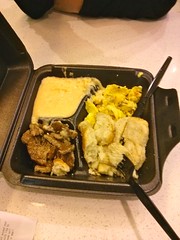 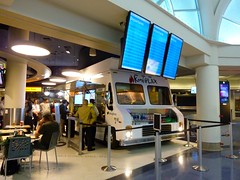 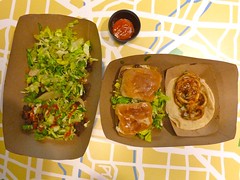 Peace be the journey.